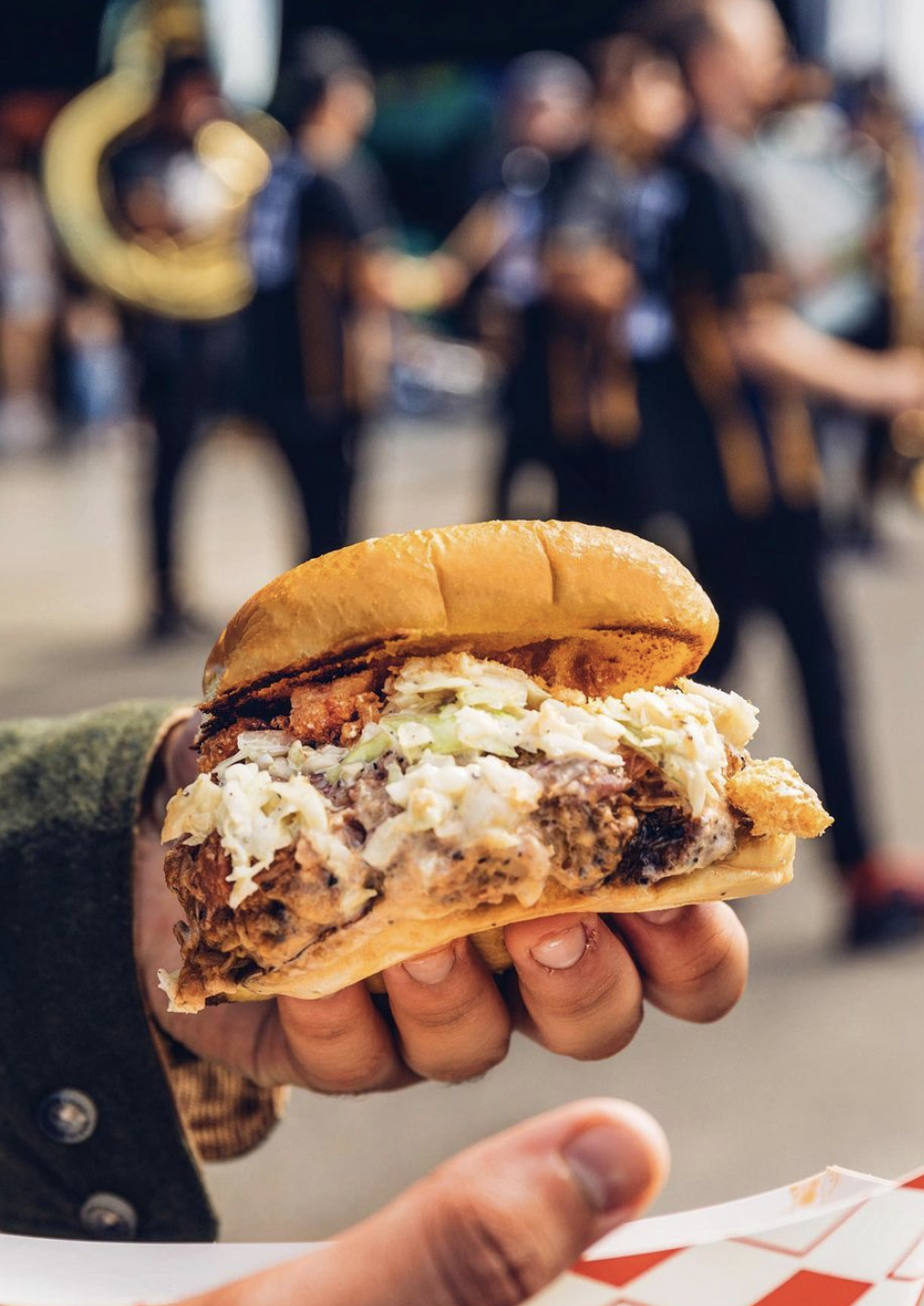 Music, Panel Discussions, Performances and — FOOD! Bringing together some of the best restaurants in the city of Los Angeles (& a few from other states) this event was nothing short of a fun and flavorful time. While every stand was bringing in something tasty and packed with delicious ingredients, we decided to highlight just a few favorites from the event last weekend.

Birria Burgers. You read that right - a Shake Shack burger and a birria taco all in one. The burger we all know and love from Shake Shack had an upgrade at this event from the help of Los Angeles’ very own ‘Tacos y Birria La Unica.’ A regular burger with a birria taco laid flat in the middle of two burger buns and a patty and paired with consome on the side - it was truly a party for our taste buds.

We heard they’re Malibu’s best so we had to try! Plus, they’re headed to Grand Central Market soon (stay tuned for the details!) Broad Street Oyster Co brought their famous lobster roll and oysters. The lobster roll had 4 giant claws in it and it was absolutely amazing. We’re crossing our fingers that they come to LA sooner than later!

Going for a part-modern, part-traditional approach, Ospi is a newer Italian restaurant located in Venice, CA. They brought their A-game to this foodie event serving up spicy vodka rigatoni & crispy provolone paired with a vodka sauce. Folks were lining up to try the mouthwatering food and to get the perfect Instagram shot of the iconic cheese pull!

Originally started out of the owners’ homes, Little Fish is currently seen around Echo Park (& other parts of LA) as a pop-up. Thankfully they made their appearance at EEEEEats Con and were serving some of the most popular menu items like fried fish sandwich (talk about a perfect crispy fish!) and tasty crab claws with aioli. Keep up with them on Instagram to see where you can find them next!

Ggiata is a West Hollywood’s neighborhood Italian Deli serving up some of the best sandwiches you can get your hands on here. They brought a few of their menu staples to this event like the caprese sandwich, spicy p sandwich (chicken cutlet, spicy vodka, fresh mozzarella, grated romano, basil pesto, fresh basil, on charred seeded baguette), arancini, and the olive oil cake. There was almost always someone in line or waiting for their order at this stand!

All in all, the lineup of vendors were amazing! It was truly an event for everyone. There was a variety of cuisine, including restaurants from other states who traveled for the event, and there were panelists from all areas of the food industry and culinary arts. EEEEEats Con brought together LA locals & visitors for food, inspiration, and a sense of community. Stay tuned for which big city they’re headed to next!

The restaurant highlighted in the story. Order delivery or grab pick-up from this amazing spot.
Shake Shack 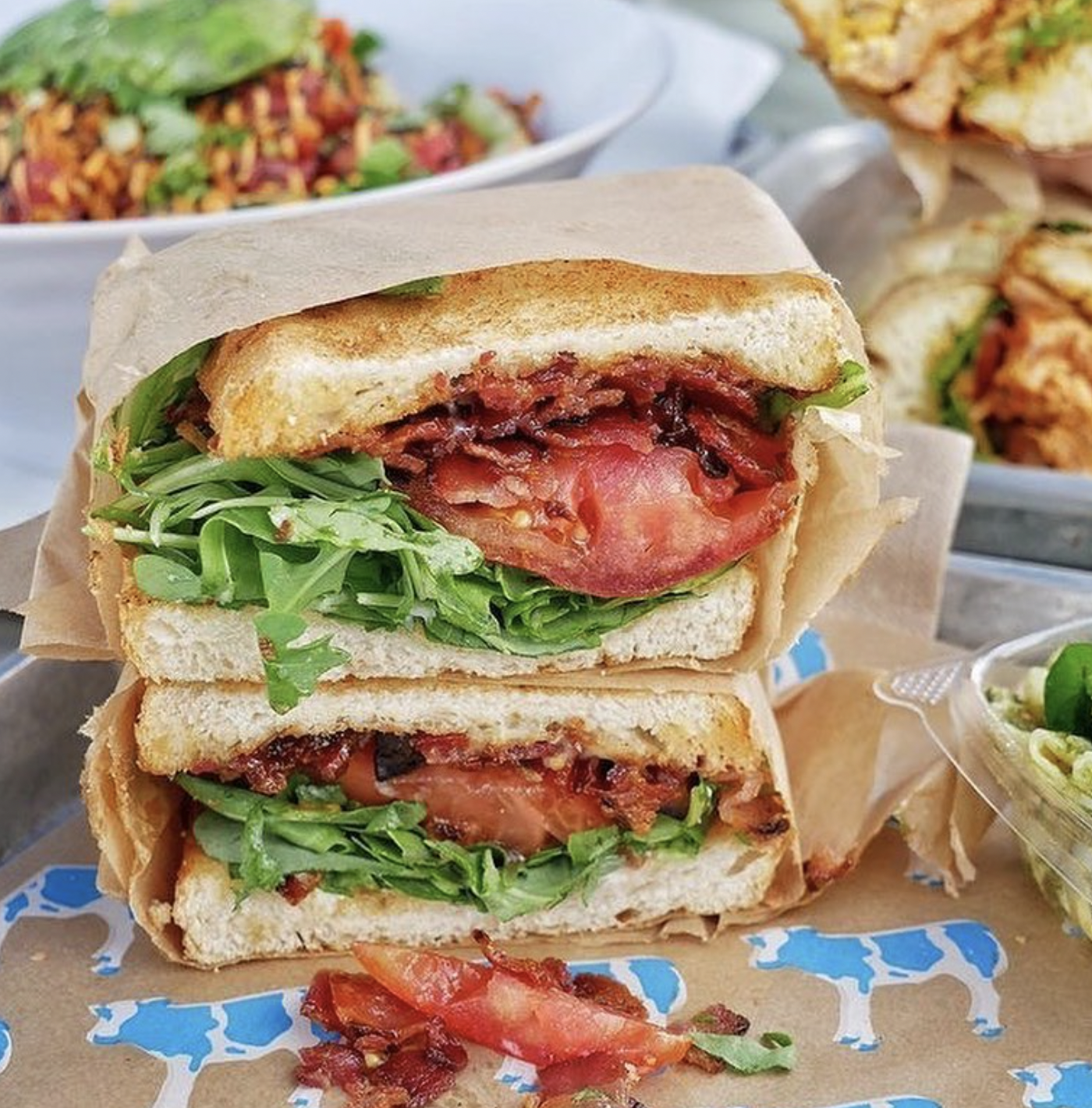