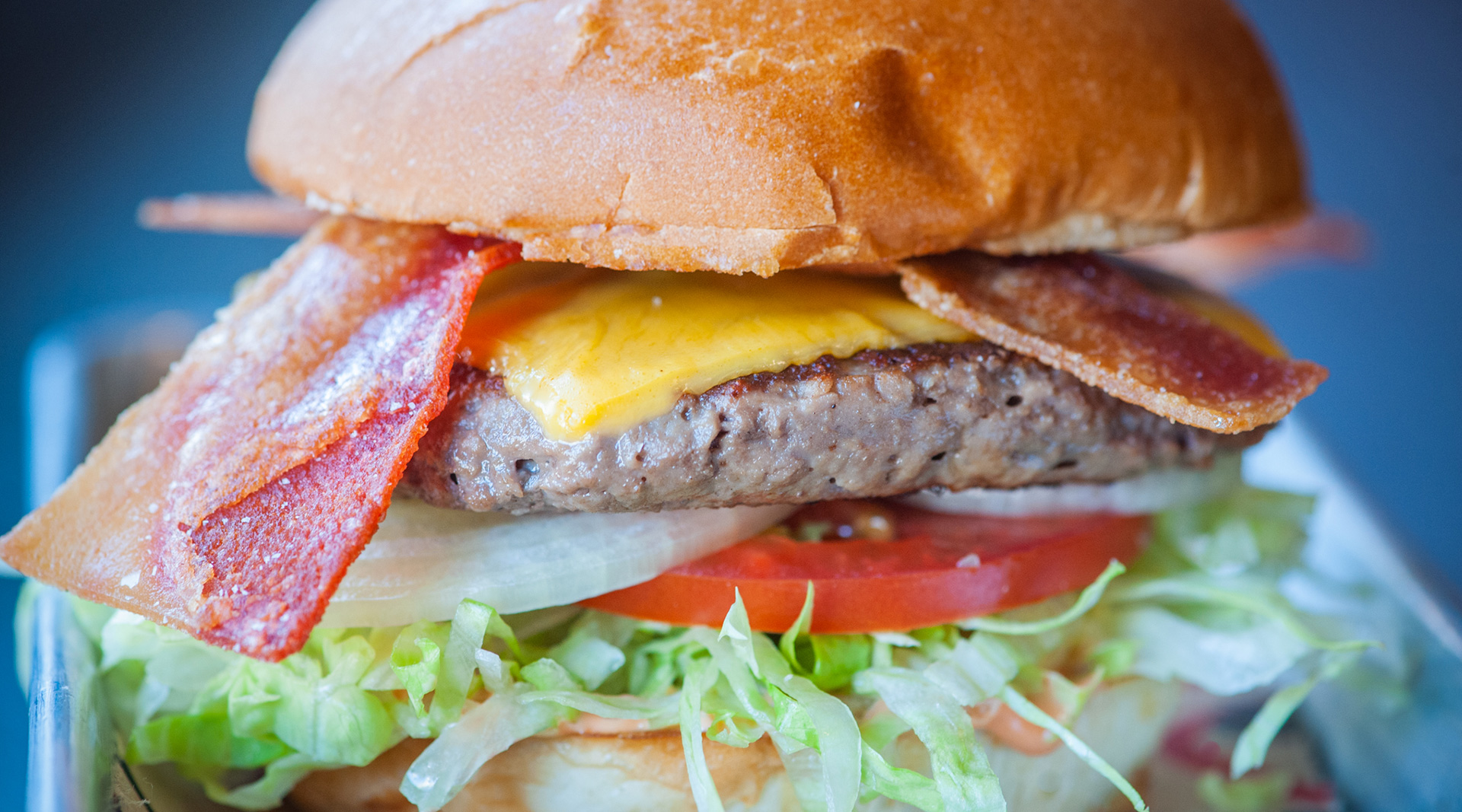 Wes Rowe used to spend hours upon hours each week handcrafting his own veggie burgers for his customers at WesBurger, his popular restaurant in San Francisco’s Mission District. He felt that making his own was the only way to go, until he discovered that Impossible Foods’ faux ground meat, a product created by a startup in nearby Silicon Valley, yields delicious results if you know how to finesse it properly.

“I’d been playing with it for a couple months trying to figure out how to make it work in my workflow and be really consistent,” he told DoorDash. “There are a lot of ways to cook those burgers and they taste very different depending on how you cook it. That was one of the reasons I was hesitant at first. It’s a lot less labor intensive for us to have the Impossible Burger on the menu versus this thing that we’re spending eight to 10 hours a week prepping. Making these veggie burgers, they’re really good, so for me it can’t just be easier; the product has to end up being better. So it took awhile for me to feel comfortable getting to that point.”

Impossible Foods’ mission is to create an environmentally kind and efficient product that doesn’t sacrifice flavor. No animals are harmed or killed in making this “meat,” which is comprised of ingredients including coconut fat, wheat protein, potatoes and heme, a nonprotein that imparts a juicy flavor. Production takes just 25% of the water and 5% of the land that a regular beef burger requires to make.

Impossible Foods made its debut in 2016, first appearing on the menu at David Chang’s popular New York City restaurant Momofuku Nishi, at vegan chef Tal Ronnen’s celeb-spotting Crossroads in Los Angeles, at San Francisco restaurants Cockscomb (operated by Top Chef Masters winner Chris Cosentino) and at the now-closed Jardinière. Most chefs began serving the product as an Impossible Burger. A few years later, it’s still the most popular use of the “meat” (and has even been embraced by fast food giant Burger King), but the versatile product has been starting to pop up on menus in other forms, including breakfast sandwiches and sausage.

In 2019, Impossible Foods started selling its groundbreaking product in select grocery stores in Southern California, New York, Maryland, Massachusetts, Virginia, New Jersey, Pennsylvania and North Carolina; according to the company website, Impossible hopes its “raw” product will be in refrigerators nationwide over the coming months. For many home cooks, it could signify the future of getting their households to reduce the consumption of actual meat for the health of their bodies and the planet.

Rowe has gotten positive feedback on his Impossible Burger, which he offers in four styles: vegan (with no cheese), All-American (with Hooray Foods’ vegan bacon), PB&J (yes, that’s peanut butter and jelly, and it’s fabulous) and his signature Hot Wes, which is topped with onion rings, queso and pickled jalapenos.

“We’ve got it kind of locked in,” Rowe noted. “We cook it on a separate surface [from the beef]. We actually cook it on a panini press, but one that’s flat and doesn’t have the grill lines in it so it’s cooking on both sides and it cooks really fast. We cook it in 60 seconds. [This technique] allows it to still be a little bit pink in the middle — that way, all the fat is not rendered out, that’s where all the flavor is. It’s been going really well, people really like it.”

“We’ve got it kind of locked in...We cook it in 60 seconds. It allows it to still be a little bit pink in the middle — that way, all the fat is not rendered out, that’s where all the flavor is. It’s been going really well, people really like it.”

One warning to diners looking to try Impossible items for the first time — the meat taste can be so realistic that it can be a bit of a shock for some vegans and vegetarians who haven’t had the real thing in a long time, so ordering your food well done is something to consider in a case like that. On the other hand, that convincing taste might be enough for carnivores to reconsider their overall meat intake.

Impossible menu items such as the Impossible Burger are available to order from a wide array of restaurants in 20 DoorDash markets in the United States. They’re easy to find and discover, too; just look for them in the custom cuisine carousels labeled Impossible!

Here are some spots in San Francisco to find the Impossible:

Two 4oz grass-fed burger patties on a bed of sizzling rice and kimchee. Topped with two sunny side up organic eggs and our famous dashi gravy.

Our signature MeltBurger made with a plant-based patty that looks, smells & tastes just like beef! The Impossible patty is chopped, grilled and filled with loads of melted cheddar, jalapeño & pickle mix (not too spicy, we promise) and Melt sauce on a toasted, artisan bun.

The restaurant highlighted in the story. Order delivery or grab pick-up from this amazing spot.
Wesburger 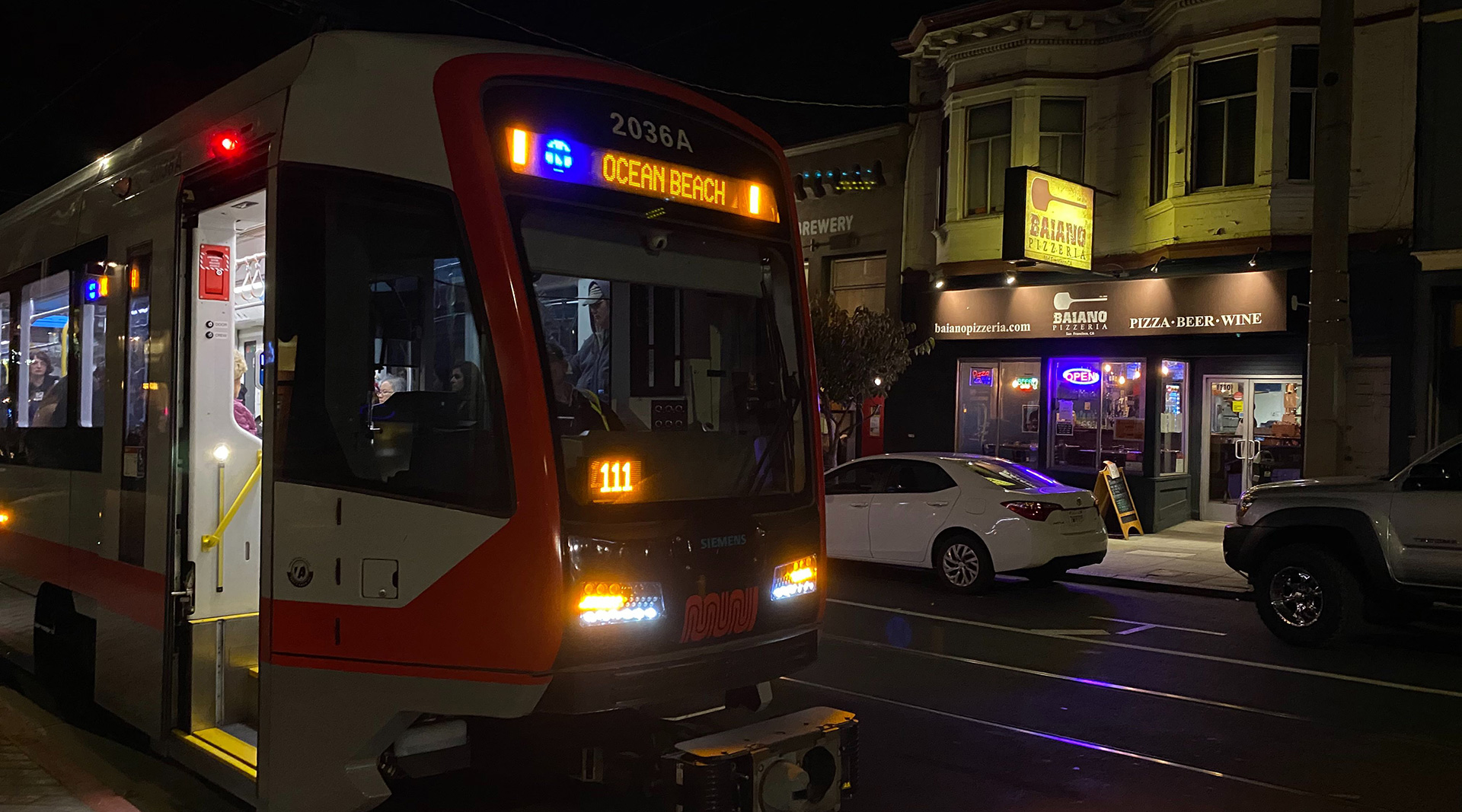 A World of International Flavors in the Inner Sunset
By
Tamara Palmer
According to the historians over at San Francisco’s Western Neighborhoods Project, the whole Sunset District of San Francisco was named in 1889 and was reportedly called “Great Sand Waste” when it was still just sand dunes instead of the lively avenues filled with homes and businesses that are there today.

Contrasts and Constant Change Made the Mission We Love
By
Susannah Chen
A uniquely San Francisco phenomenon, the Mission is a place where taquerias, family bodegas, and thrift shops coexist next to sleek juice bars, designer clothing boutiques, and Michelin-starred restaurants.