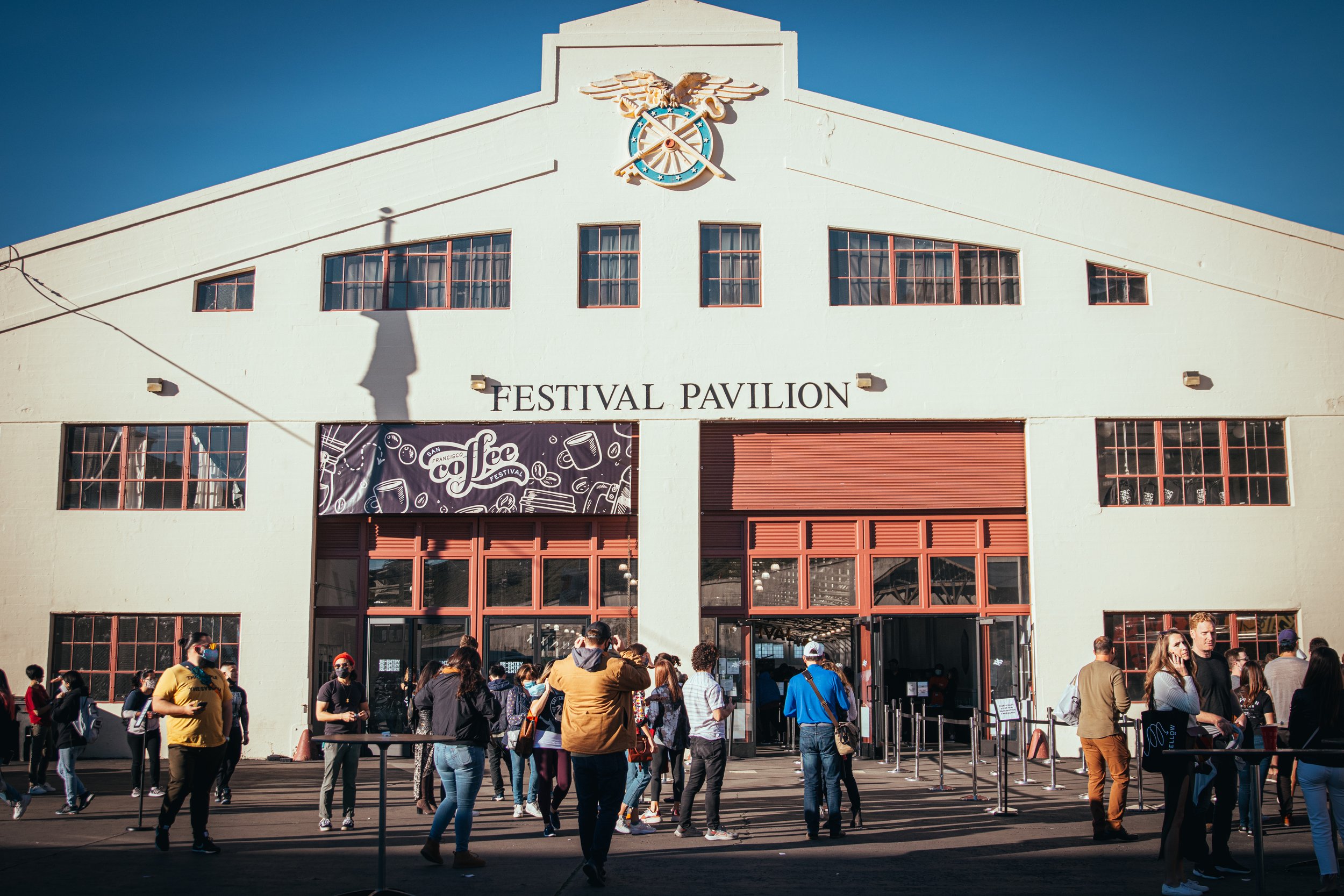 This past weekend, the scent of coffee wafted out the doors of Fort Mason as the San Francisco Coffee Festival underwent their 6th consecutive year hosting local roasters and food vendors. As the festival featured speaker series, tastings, and live music ground into a two-day event, caffeine fanatics poured into the halls of Fort Mason and steeped over the best coffee San Francisco has to offer. Here’s a rundown on the dedicated local merchants that made this event possible.

Before we mention the other hard working merchants that brought life to the SF Coffee Festival, one speaker, Equator Coffees’ very own Devorah Freudiger, utilized the panel titled Mission Control: Coffee With a Purpose to bring light to the welfare issues and unsustainable practices plaguing the coffee harvesting industry. Through their partnership with Sacaclí, a Nicaraguan based initiative, Equator is focusing on bringing change through every cup. Included on this panel were Unleashed Coffee, Progeny Coffee, and 1951 Coffee Company.

As Third Wave Coffee culture is stepping into beanless alternatives, here are the notable merchants that axed the bean to go green.

Chaga Company has broken the laws of coffee with their new wave mushroom blend. Powered by chaga, a superfood that grows in the Arctic Circle, Chaga Company has unlocked a new way to feel recharged from your new favorite brew.

Crafted to conserve, Minus coffee has brought forth a line of canned coffees that focuses on grinding upcycled pits, roots, and seeds, excluding the bean entirely. Minus coffee has certainly found a way to minimize waste without compromising taste.

Not into your typical coffee? Here's the merchants finding new ways to satisfy that caffeine crave.

COBA coffee has taken the accessibility of coffee to a whole new level with their coffee chocolate. If you are constantly on the go and need a pick-me-up, COBA has packaged one espresso worth of caffeine into each bite sized chocolate bar.

In a rush? Red Bay Coffee has reimagined the ingenuity of tea and brought it to coffee with their line of steeped coffee bags, packing all the steps of coffee into a pouch that packs a punch.

Want to learn more about the master roasters of the SF Coffee Festival? Check out the list of talented merchants that power the Bay Area every day.