The Power of the Piroshki 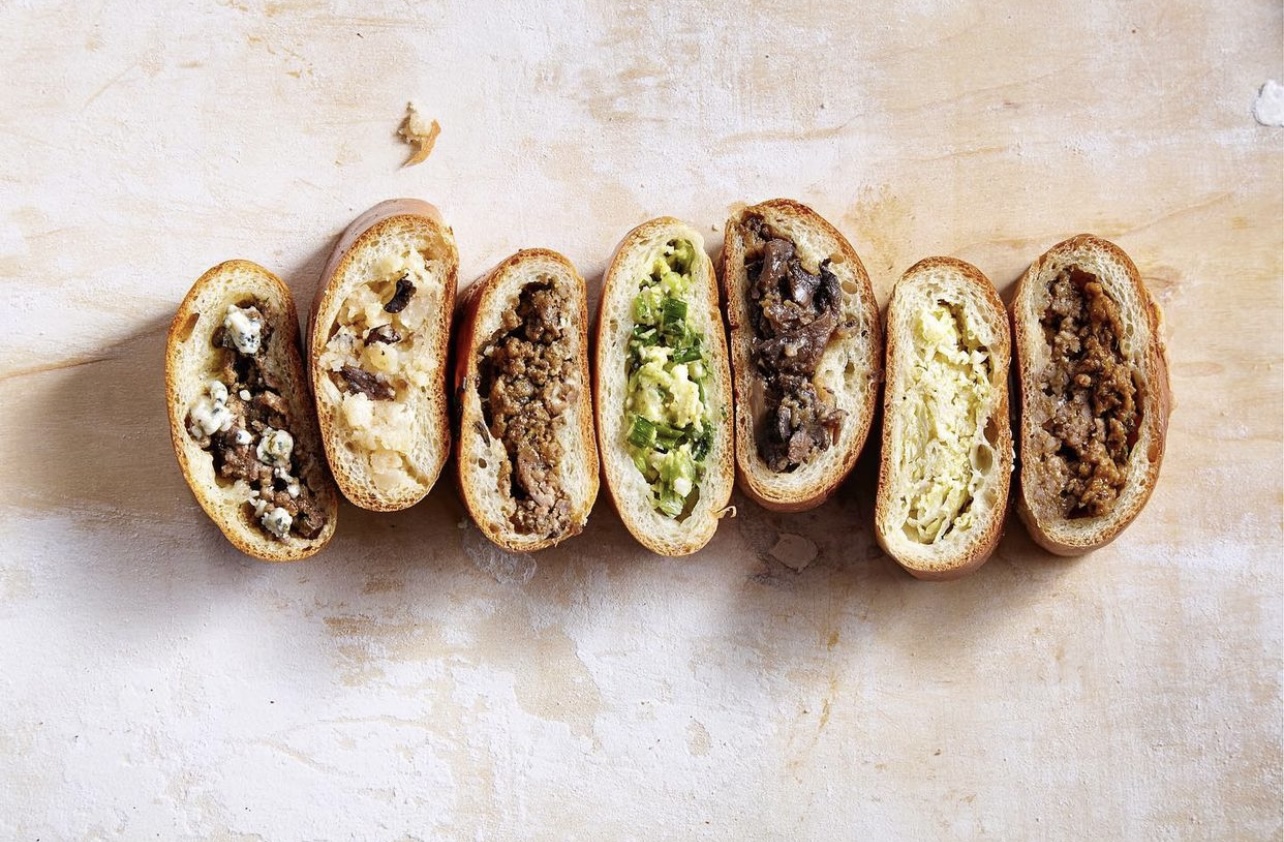 Piroshki (or pirozhki) is a beloved street food popular in Ukraine and Russia. It’s a hand pie that can have a sweet or savory filling. Common choices include ground meat (usually beef or pork), sauteed cabbage, mushroom or stewed fruits. A traditional piroshki is stuffed with beef or cabbage vermicelli. Others are more breakfast oriented, offering a warm and hearty start to the day, with options like egg, green onion or mushroom fillings. You can get it deep fried or baked, depending on your preference, or maybe even one of each. Whichever one you get your hands on will surely be the best pick.

Many people in the Richmond District, home of SF’s own Little Russia, are used to eating piroshki at any time of day.  While it’s much warmer here than Moscow or Kiev, a piroshki always warms people up when the fog rolls in. The neighborhood is known for its long avenues, its proximity to Golden Gate Park and it's foggy weather. From cafes to delis and bakeries, Little Russia has the best Russian desserts, Polish deli meats, Ukrainian dumplings and the local favorite, piroshki.

While its origin is hard to trace, most agree that it originated in Russia. In the early days, duck, fruits, and rabbit were the usual fillings, a somewhat different selection from today's versions. One record goes that piroshki was first made in the 1700s, by the wives of mine workers for their husbands to take to work. Today, it can easily be found all year round in delis and snack stalls around Russia and in Russian communities around the world.

One place to get some of the best piroshki in the city is at Cinderella Bakery. It first opened in 1953 to satisfy the local community's piroshki craving and now serves locals and Russian tourists looking for a taste of home. They have 5 different kinds, with traditional fillings of beef and cabbage, their most popular, next to others with egg, potato, and mushroom fillings. Along with Cinderella, Little Russia has ample family-owned cafes and bakeries to find the best piroshki. Another spot located only a few blocks away is the Moscow and Tbilisi Cafe. It has been around for over 25 years and is considered a neighborhood institution among locals. While their meat piroshki is known for its perfect beef-to-dough ratio, they have 7 other options to choose from.

If the Richmond District is too far from you, then another neighborhood institution located Downtown that is loved by many is Pushkin, a family-run restaurant serving Slavic food. The all-time favorite comfort food, piroshki, is based on the owner's grandmother's recipe — with fluffy buns generously filled with meat, chicken or vegetables. A must try for anyone who wants to try their first one.

If you’re in the mood not just for piroshki but for everything Russian, then these treasured family-owned spots are your go-to: Royal Market and Bakery and New World Market, two grocery stores in the heart of Little Russia. New World Market is one of the largest Russian grocery stores in the city with tons of prepared dishes and baked goods from Russian salads and piroshki to cakes. The Royal Market and Bakery also has an array of baked goods and breads, including black rye, arguably Russia's most popular type of bread, and of course, a lot of piroshki with all its different varieties.

If you are intrigued to try it for the first time or you’re a piroshki connoisseur, here are some of the best places to get one in town:

This neighborhood institution is churning out the best piroshki in town. Try out their juicy Polish sausage (beef+pork) or cheddar cheese piroshki for a little taste of babushkas cooking.

Whether you’re there for breakfast, lunch or dinner, it's always a good time to try their fried, crunchy on the outside and juicy on the inside beef and cheese piroshki. It’s a local favorite and it's not hard to tell why.

This family-run bakery has been making piroshki for over 25 years, so you know it's good! They have everything from rye bread to Russian cakes, and of course, the piroshki. Try their beef, mushroom or potato piroshki and you won’t be disappointed.

This neighborhood spot is one of the largest Eastern European markets in the city. Go for their piroshki and you’ll be amazed at the size of them. They are large, fried and crispy, perfect for foggy Richmond days.

This family-owned grocery store has every piroshki you can dream of.  You can get a piroshki along with some Russian cake, because why not. Just make sure you go in the morning when they are hot, fresh and ready for you to eat.

The list of restaurants highlighted in the story. Order delivery or grab pick-up from any of the places near you.
Moscow & Tbilisi Bakery